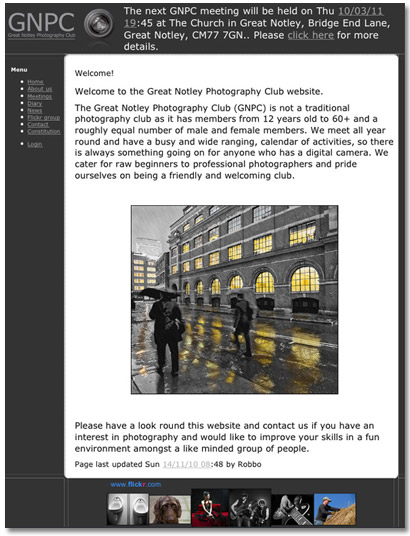 Great Notely Photography Club (GNPC) are a relatively new club who have had a website since 2008 when they first formed. The initial site [right] was very low-key and the design was pretty minimal. Recently, the club won the Digital SLR User Magazine Battle Of The Clubs 2010 with an excellent portfolio of images from their members. And they are now attracting lots of new members.

The Committee decided their old website needed a refresh and so Mockett Media came up with a new design and extra features. The site is managed via WordPress, making it fast and flexible for various members of the Committee to update. The new site aims to publicise the club to potential new members who are not already using Flickr, where most of the club activities happen on a regular basis. 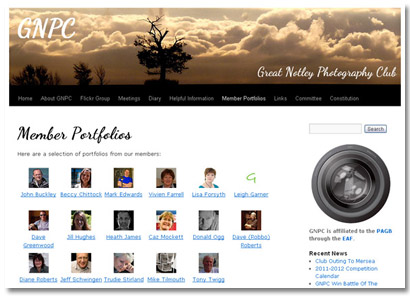 The new site includes a section for members’ portfolios and downloading useful information and help sheets.

Caroline of Mockett Media has performed wonders in designing and implementing our new web site, giving a clean, up to date look that matches the way the club has developed since the original site was designed. Caroline held our hand and guided us through the minefield of what would and wouldn’t work and dealt with requests (some of which were outlandish) from the photography club’s committee with a positive and supportive approach. She has also managed the transfer of hosting the site so that it is more within our control.

The result is a site that provides clear information about the club and its activities for those wanting to join, as well as letting club members manage their own portfolios displayed on the site, a facility that we all appreciate. Caroline implemented the changeover quickly as well as keeping key people informed of progress at all times. Thank you. Mike Tilmouth, Chairman, Great Notley Photography Club

I would like to wish all my loyal clients, friends and contacts a very Merry Christmas and a prosperous New Year! 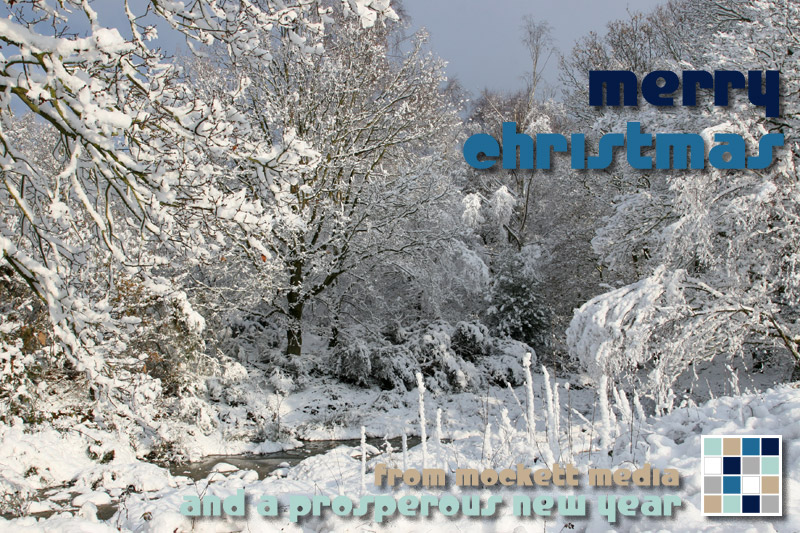 Mockett Media‘s latest project is a commission to redesign the website for Alpha Biotech Ltd,
a leading distributor of biotechnology products. They supply anything from pipettes to top-of-the-range cell harvesting machines. The project will involve a redesign and refresh the website and provision of a bespoke Content Management System to help them keep it up to date.